Homes for Sale in Waterloo Ontario

Looking for a house to buy in Waterloo? You're in luck, because we have the best selection of houses for sale in Waterloo, Ontario. Whether you're a first-time homebuyer or you're looking for your forever home, we have something for everyone. Our listings are constantly updated, so be sure to check back often to see the newest properties that come up for sale. Give us a call today and let us help you find your dream home!

The average home prices of Waterloo are currently sitting at about $300k lower than that of Toronto, which is about 100km away.

Part of the Tri-cities in the heart of southwestern Ontario, Waterloo is a thriving city of 113,000 with a developed urban centre. It is the smallest city in the Regional Municipality of Waterloo, adjacent to the larger city of Kitchener. 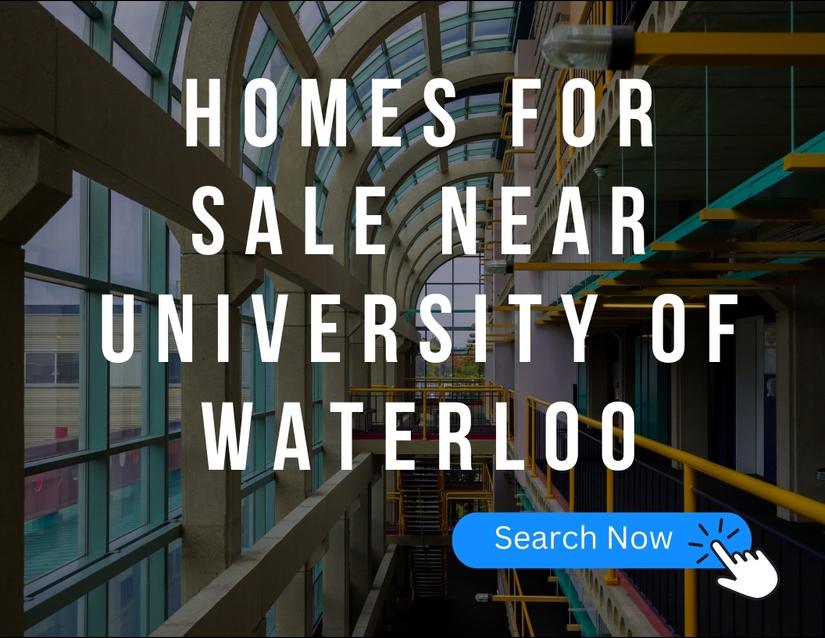 Ranked by MoneySense magazine as one of Canada’s best places to live, the city is teeming with character, with a mix of urban pockets built-up from different villages and towns throughout. The overall effect is a solid urban core with the character of a series of smaller towns and boroughs, making it a popular and affordable alternative to Toronto.

Of the Tri-cities, Waterloo is most famous for its two world-class universities: The University of Waterloo and Wilfrid Laurier University. In addition, it is home to the renowned Perimeter Institute and a growing high-tech corridor.

Waterloo is filled with things to do with its mix of vibrant urban life. There’s a fantastic diversity of restaurants, a thriving art scene with galleries, book shops, an independent theatre, and museums, plus some good farmer’s markets.

In the centre of town is the newly renovated Uptown Waterloo, a thriving community with award-winning contemporary architecture and lots of interesting shops and eateries. This makes it an ideal place for students and young professionals who want to live in a vibrant urban environment with plenty of amenities.

The area's biggest draw is Oktoberfest, which since 1969 has grown to be the biggest such event outside of Germany proper. Other annual events include the Kitchener Blues Fest, Kitchener-Waterloo Multicultural Festival, and Kultrun World Music Festival.

For nature lovers, the beautiful Grand River flows through the city, with countless parks and trails around it. The wildlife is teeming with fish, birds, and myriad varieties of plant life. Adjacent to the river is Waterloo Park, which has a petting zoo, with many sports fields and an outdoor theatre for family movie night!

Around the sprawling yet intriguing tech-driven university campuses, a thriving tech sector has been built-up in the city, with companies like Google, Shopify, and many cyber-security companies taking up residence.

Waterloo schools are ranked highly in the province, with these five coming out on top in the area.