Homes for Sale in London Ontario 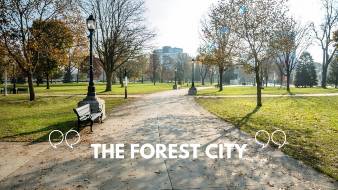 Looking for a place to call home in London Ontario? You've come to the right place. Our MLS® listings include some of the best houses for sale London Ontario. Whether you're looking for a spacious property with plenty of room to grow, or something more compact and affordable, we have something for everyone.

The village of London was formally founded in 1826 along the banks of the Thames River which serves as a boundary, horizontally dividing the city. The annexation of nearby municipalities in Middlesex County has also seen London expanding outward, helping the city to reach its current population of 511,000 people.

Real Estate in London is heating up. The average list price in London for homes for sale has been climbing steadily over the past decade, now sitting just over $660,000 (LSTAR's jurisdiction). London has an abundance of high-rise building units and townhouses for sale alongside semi and detached single-family homes. Many homes, apartments, and rooms in multiplex residences are available for rent in all areas of the city. London can be divided into three distinct areas: North, East, and South. Houses in North London have an average sale price in the $690,000s, above the city average. East London has an average sale price in the $540,000s, which falls below the average for the city. The average sale price in South London hovers in and around the city average of close to $620,000.

Each area of London is home to several neighbourhoods, each with their own personality and local attractions. North London contains Hyde Park, Sunningdale, Masonville, and the Western University Campus. East London includes Old East Village, an industrial area, and Fanshawe College’s main campus. The final area falls South of the Thames River and includes Byron, Westmount, Old South and Wortley Village, White Oaks, and newer developments in the Southeast like Summerside and Victoria on the River. 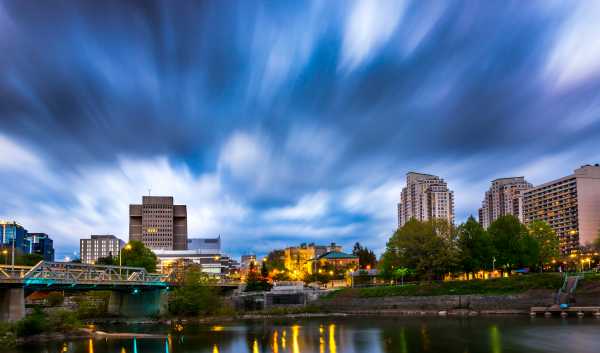 Transportation is one of London’s great assets, as residents enjoy easy access to the 400-series highways, public transit, and an international airport. The London Transit system connects the city between 35 bus routes. The London International Airport is located about 20 minutes East of the core. It provides daily connections to Ottawa, Toronto, and Montreal as well as several seasonal international destinations.

Public schools in London and several other cities in Middlesex County are serviced by the Thames Valley District School Board and the London District Catholic School Board. Outside of those boards, London has schools in the Conseil scolaire Viamonde, Conseil scolaire catholique Providence, and several private academies. London also has two major post-secondary institutions, Fanshawe College and Western University as well as its affiliates: Brescia College, Huron College, and King’s College.

London definitely lives up to its “Forest City” nickname. One of London’s best features is the abundance of trees and natural spaces. Running along the Thames, from Springbank Park in Byron to several parks downtown, is a walkable trail through public green spaces. Other educational sites can be found at the Sifton Bog and Westminster Ponds/Pond Mills Conservation Area, both of which are designated Environmentally Significant Areas

Shopping in London is convenient, too! Most neighbourhoods have a shopping mall, strip, or plaza within a 5 minute drive, making errands easy. London boasts three large malls, Masonville, Westmount, and White Oaks. For local produce and weekly farmers markets, pay a visit to Covent Garden Market in the heart of downtown London.

It’s equally convenient to spend a day out and about on the town with all of London’s different attractions. Destinations for family fun include Storybook Gardens in Springbank Park, the Ski and Adventure Park Boler Mountain, and the London Children’s Museum.

Need help buying or selling a home? Look no further! Our London, Ontario real estate agents are the local experts and can answer all of your questions about the area. We'll help you every step of the way, from finding the perfect home to securing the best deal. Contact us today for a free consultation!

When it comes time to sell your home, you want to make sure you're getting the best return on your investment. Our experienced agents can help you do just that, with up-to-date market information and knowledge of the London area. We'll work hard to get you the best price for your home, and help make the process as smooth as possible.

Register for a free account so that you can receive email alerts whenever new London, Ontario MLS® listings come on the market.