Included below are homes for sale in Harrow, Ontario. If you would like more information on any of these Harrow Ontario real estate listings, just click the "Request More Information" button when viewing the details of that property. We can provide you with disclosures, past sales history, dates and prices of homes recently sold nearby, and more.

And, if you haven't already, be sure to register for a free account so that you can receive email alerts whenever new Harrow Ontario listings come on the market.

Harrow is a community in the town of Essex, Essex County located along County Road 20. Harrow was first surveyed in 1824, but was not formally incorporated as a town until 1930. Harrow’s initial claim-to-fame was from an important connection to Canadian Club Whiskey. In the late 19th century, Hiram Walker built a railway that ran through the town to run grains across the county to the distillery in Windsor. These days, Harrow is popular for its agricultural festivals, wineries, and warm, family-friendly community.

The community of Harrow is 5km North of Lake Erie and just over 20km South of the 401. The nearest metropolis to Harrow is the city of Windsor, Ontario, about 40 minutes Northwest and a reasonable commute for work, errands, or special events. Harrow was added to the town of Essex alongside the townships of Colchester North and Colchester South as part of an amalgamation in 1999.

Harrow is included in the Windsor-Essex County region and its home sales are factored into the regional average of $330,000 in 2019. Overall, living in Essex County has lower housing prices than the City of Windsor. As a smaller town of about 2700 people, Harrow’s real estate market is less active than in neighbouring communities. There are fewer homes for sale at any given time and what are available ranges from the low $200,000s to over $1 million for substantial acreage. There are also a variety of vacant lot listings for those looking to build their dream home from the ground up.

As a community in the town of Essex, Harrow has access to a lot of local services and attractions. Between awesome community events, good school coverage, and a relaxed lifestyle, Harrow lives up to its motto: “a great place to grow” with ease.

Schools in Harrow are part of the Greater Essex County District School Board, Windsor-Essex Catholic District School Board, and the Conseil scolaire de district des écoles catholiques du Sud-Ouest. Some of the schools are in the nearby Colchester, or in the greater town of Essex. Students in Elementary School could attend Colchester North Public School, Essex Public School, Holy Name Catholic Elementary School, St. Anthony Catholic Elementary School, and the Sainte-Ursule écoles élémentaire catholique. The Essex District High School is the only secondary school in the region.

Much of Harrow’s sense of community is delivered through their annual events and celebrations. In the heat of the Summer, the July Colchester Family Fun Event combines live performances by local musicians, family seminars and activities, and a fireworks show. The beginning of September marks the Harrow Fair. With 165 years of tradition behind it, the weekend event features a pie auction, contests for children and adults, a midway, games, a parade, and other shows and entertainment. The Halloween season is kicked off by a special haunted house, Fright Night, operated out of an old school house and taking frightful tours on Friday and Saturday nights in October. Winter start off with the Kinsmen Christmas Parade in early December with community floats and holiday cheer.

What is the average price of a home in Harrow?+

The average price of a home in Harrow is approximately $400,000

How many people live in Harrow?+

Harrow has a population of 2,935 people

What are nearby cities to Harrow?+

Nearby cities to Harrow include Windsor, Kingsville, and Essex 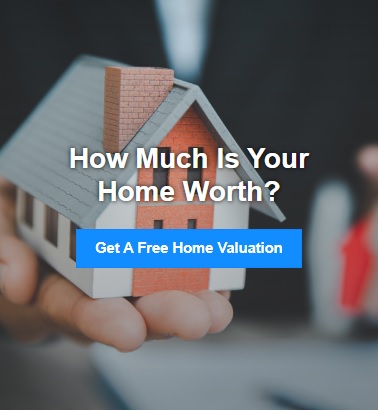