Homes for Sale in Eastmount, Hamilton ON

Included below are Homes for Sale in Eastmount, Hamilton ON . If you would like more information on any of these Hamilton listings, just click the "Request More Information" button when viewing the details of that property. We can provide you with disclosures, past sales history, dates and prices of homes recently sold nearby, and more.

And, if you haven't already, be sure to register for a free account so that you can receive email alerts whenever new Homes for Sale in Hamilton come on the market.

Eastmount is a neighbourhood in the Hamilton Mountain region, just south of the Niagara Escarpment. Eastmount is bound by Mountain Park Avenue to the north, Upper Sherman Avenue to the east, Fennell Avenue East to the south, and Upper Wentworth Street to the west. The neighbourhood is mostly residential with the exception of commercial shops, restaurants, and attractions along Concession Street to the north and Juravinski Hospital in the northeastern corner of the neighbourhood.

The Hamilton Mountain region of the city is more suburban with a lot of detached homes on compact side-by-side lots. At the end of 2019, the Hamilton Mountain area had an average sale price of $500,000. The central-north area of Hamilton Mountain that contains Eastmount had a more specific average of about $435,000 for the same period. Compared to the rest of Hamilton Mountain, Eastmount is a lot more affordable and a great neighbourhood to enter the market in a family-friendly area. Eastmount has mostly detached properties with narrow, but long lots. Houses might appear close to one another from the street, but many of the backyards already have pools or definitely have enough room to have one installed.

The neighbourhood of Eastmount is largely residential, but it is bound by three fairly commercial streets. The first is Concession Street to the north with dining options from around the world, a few specialty stores, a bowling alley, an escape room, a branch of the Hamilton Public Library, and access to the nearby Juravinski Hospital. The second is Fennel Avenue to the south, which is more residential, but does offer some more restaurants and stores at the corner with Upper Wentworth Street and the opposite corner of the neighbourhood at Upper Sherman Avenue. The east side of the neighbourhood has additional conveniences located along Upper Sherman Avenue. Families living in Eastmount benefit from the large Eastmount Park along the east end of the neighbourhood which features multiple sports fields, a playground for kids, and a splash pad.

View All Homes For Sale in Hamilton, ON >>> 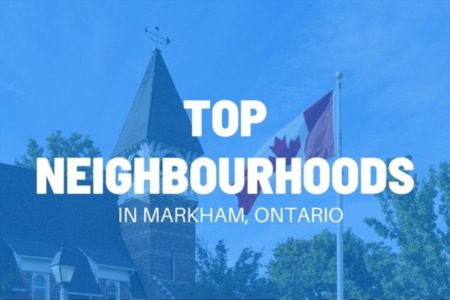