Homes for Sale in Burlington Ontario 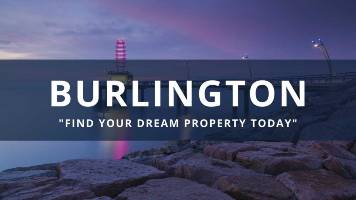 Looking for a place to call home in Burlington, Ontario? You've come to the right place! Our listings of houses for sale in Burlington have something for everyone. Whether you're looking for your first home or are upgrading to a larger one, we have just what you need.

Our real estate experts will be more than happy to answer any questions you may have about our properties. So contact us today and let us help you find your dream home!

In 2019, Burlington was named the “Best Community in Canada” by Maclean’s Magazine. Considering its low crime rate, local attractions, and excellent services, it’s not difficult to see why! Burlington is a growing city in Southern Ontario located on a Western corner of Lake Ontario. It is considered part of the Regional Municipality of Halton alongside its neighbours Milton and Oakville. As a part of the Greater Toronto Area (GTA), Burlington is a popular city to live in while making the hour and a half commute to Toronto. It is Southwest of Toronto, Mississauga, and Oakville, but North of Hamilton in an area also known as the Golden Horseshoe.

With a population last reported at 195,284 people, Burlington is a city in one of Canada’s most rapidly growing regions. The Municipality of Halton began to experience large boosts to the population in the early 2000s and they have continued to this day as more and more people are moving closer to Toronto.

Along with a consistently rising population, Burlington has also seen changes in Real Estate activity. Between the year-end statistics for 2020 and 2021, the number of active listings decreased, while the average sale price increased by about 27% within the Association of Hamilton-Burlington. Currently, the average home for sale in the Association of Hamilton-Burlington is listed in the lower $900,000s, but this includes some older, single-story homes in the high $700,000s and multi-million dollar acreage properties on the high end.

Being included in the GTA affords Burlington access to a great variety of public transportation options. These come in handy for navigating the city itself and for reaching Toronto as part of a commute or a day-trip. The local bus system, Burlington Transit offers 14 routes to traverse the city and connect with others nearby. The service is aided by online scheduling and planning tools provided by Triplinx and PRESTO cards to pay fares. In addition, Burlington has several GO Stations to catch a train or bus to Toronto. 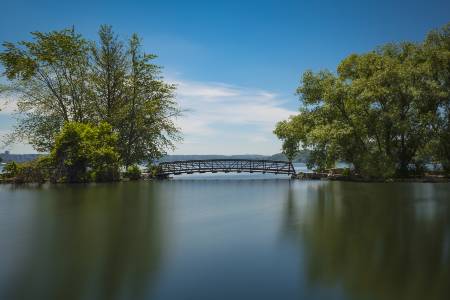 The natural areas in and around Burlington are unmatched in the GTA. Parks, waterfront access, and sweeping conservation areas are what truly set Burlington apart from other similar cities. Spencer Smith Park is Burlington’s premier downtown waterfront park that features walking paths, a beach, and the Brant Street Pier, which walks out over Lake Ontario. Spencer Smith Park is also the site of Burlington’s Sound of Music Festival, Ribfest, and the Winter Burlington Beer Festival. Those seeking more expansive green space can visit nearby Royal Botanical Gardens, go camping at the Bronte Creek Park, or go hiking and nature-watching at Rattlesnake Point or Mount Nemo.

Need help buying or selling a home? Look no further! Our Burlington real estate agents are the local experts and can answer all of your questions about the area. We'll help you every step of the way, from finding the perfect home to securing the best deal. Contact us today for a free consultation!

When it comes time to sell your home, you want to make sure you're getting the best return on your investment. Our experienced agents can help you do just that, with up-to-date market information and knowledge of the Burlington area. We'll work hard to get you the best price for your home, and help make the process as smooth as possible.

Register for a free account so that you can receive email alerts whenever new Burlington, Ontario MLS® listings come on the market.