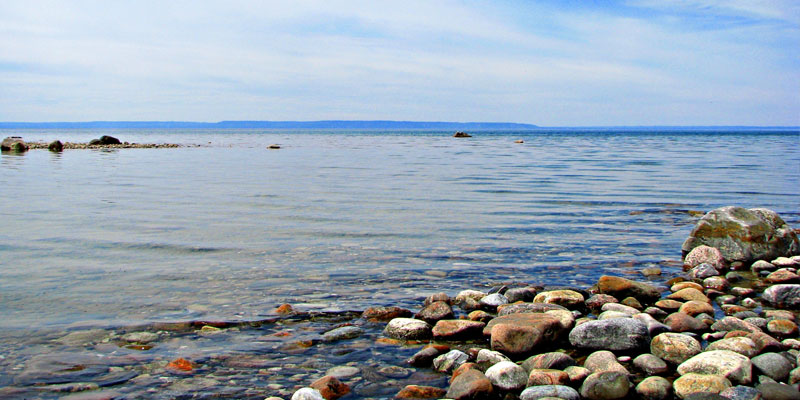 As a small town on the Georgian Bay, Midland, Ontario already has a stunning locale going for it. But there is so much more to Midland that just access to the serene waters of the Bay. Midland has a storied past, one that connects the lives of First Nations, French Missionaries, Farmers, and Railway Companies to result in the town as it is today. The area has a vivid connection to its heritage, and a good sense of its modern culture. The end product is a small town with all the charm of a classy, waterfront vacation destination, but the amenities to call it “home” too.

Where is Midland, Ontario? 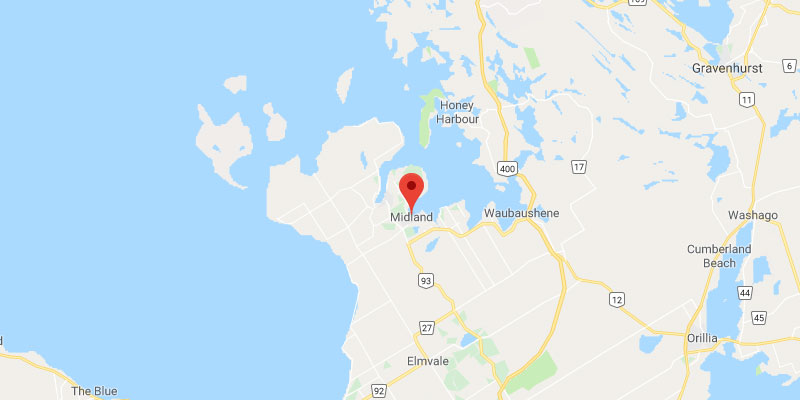 The Georgian Bay area refers to a smaller body of water connected to Lake Huron and its nearby coastal settlements. Midland, Ontario is located on the South-Eastern corner of the Georgian Bay, falling into the jurisdiction of Simcoe County. Midland is also considered a part of the Huronia/Wendat region which usually also includes Grey County in Southwestern-Central Ontario.

Midland is about 49km North-West from Orillia and 50km North from Barrie, the nearest big population centres in the County. Even further away is Toronto, Ontario 162km to the South and Peterborough 174km to the South-East. Many of the towns in Simcoe County are connected by a Public Transit route that runs between Penetanguishene and Barrie called LINX. Penetanguishene and Midland are also serviced by a transit system which operates 3 routes and features re-loadable fare cards. 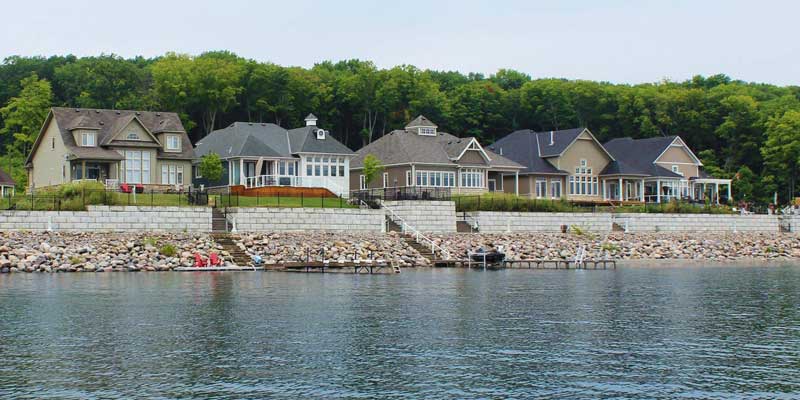 Midland is considered part of the Southern Georgian Bay area, located in the Eastern Region. As of 2019, the region has experienced an increase of home sales by about 16% from 2018. The average price for a home in Midland, Ontario is about $410,000 as of the Summer of 2019. Most of the current listings are for single-family dwellings located throughout many of Midland’s great areas.

Midland - This is the heart of Midland. It encompasses the downtown core as well as the neighbourhoods to the West and South-East of the main strip. This area is the most convenient, being closest to the shopping, restaurants, and most of the schools in the district. However, this comes at the expense of being further from waterfront views. Most homes here are still within walking distance to either the Midland Harbour or Little Lake and its network of trails.

Little Lake - Little Lake is the secluded and forested area around the body of water from which it gets its name: Little Lake. Many homes here are more like cottages, often with direct water access. This area has great access to natural trails, Little Lake Park, and the lake itself. Also nearby is the Midland YMCA and the Huronia Museum.

Tiffin - Tiffin is located to the South-East of the Midland Core. It borders the Midland Bay and has great waterfront access and several parks within walking distance. 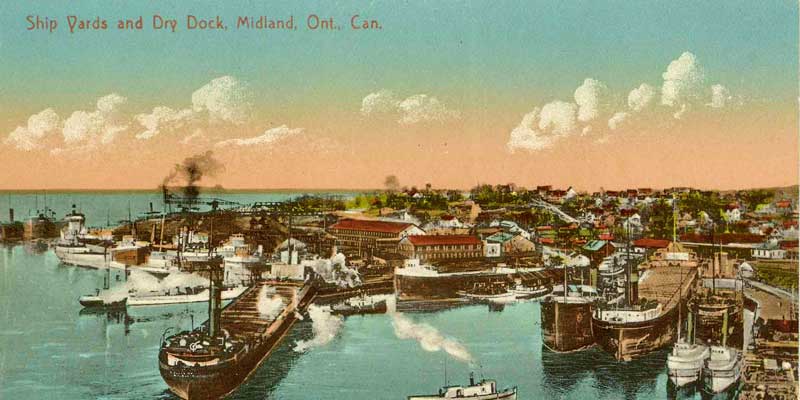 As the name of the Huronia/Wendat region suggests, the territory that wraps around the Georgian Bay was once owned by the Wendat People / Huron Nation, an Iroquoian group of First Nations Peoples.

The first European settlement in Midland was established in 1639 by a French Jesuit, Jean de Brébeuf. Brébeuf was a missionary, he performed linguistic work with the First Nations People in the region. The settlement he established, Sainte-Marie-au-pays-des-Hurons, was the first European settlement in Ontario. While the settlement was burnt down and Brébeuf was martyred, the site was reconstructed in 1964 as a museum. Brébeuf himself was canonized as a Catholic Saint in 1930 and made a patron saint of Canada in 1940.

Midland would be settled by farmers, but under a different name: Mundy’s Bay. Midland proper would not come to be until 1871 when the Midland Railway would choose the town as the terminal point of its railway running from Port Hope. Midland Railway was enticed by the promising harbour and water trade which had initially drawn settlers to the area.

Things to do in Midland, Ontario: 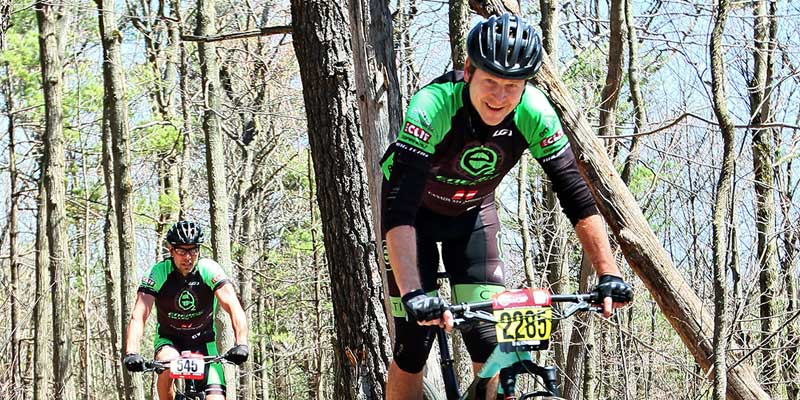 Organized Outdoor Recreation for All Seasons:

Mountainview Ski and MTB Centre - Located West of Little Lake, this outdoor centre knows how to enjoy every season to the fullest. In the winter, the snowy trails are perfect for skiing. The downhill areas of the park are weather-dependent, but cross country skiing and snowshoeing trails are open all winter long. Mountainview is also home to the Midland Ski Club which offers a variety of racing programs as well. In the warmer months, the centre switches gears, dedicating its space to cycling and mountain-biking. The Mountainview Cycling Club uses the space to organize races, group rides, and mountain-biking competitions. 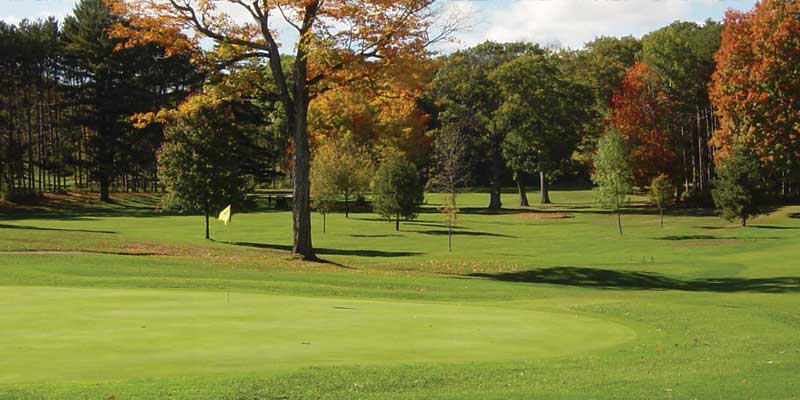 Midland has two great courses to offer golf enthusiasts. The first is Midland Golf & Country Club which has proudly been around for 100 years! Established in 1919, this 18-hole course offers sessions for all 18 holes, or only 9 of them. The other course in Midland is located a little further out on Highway 93, Brooklea Golf & Country Club. This course is larger, containing a total of 27 holes for the choice of an 18 hole session or a shorter 9-hole course. Both courses offer League play, dining, and wedding or event support.

This is the main benefit of a town on the Georgian Bay: Waterfront access. 3 of Midland’s parks offer public swimming at some of the prime waterfront locations in Midland. The first park is called Gawley Park. This water access is directly into the Georgian Bay, located at the bend on the way out to Midland Point. Next is Little Lake Park, which is on a lake in the West End of Midland called Little Lake. The park used to be a campground, but it is now maintained by Midland’s Parks and Recreations. It offers access to the lake as well as curated trails throughout the green space. The final public beach is called Pete Petterson Park. It is located on the Georgian Bay, but a lot closer to the core of Midland. This water access is next to the Yacht and Sailing clubs and also serves as a public boat launch. 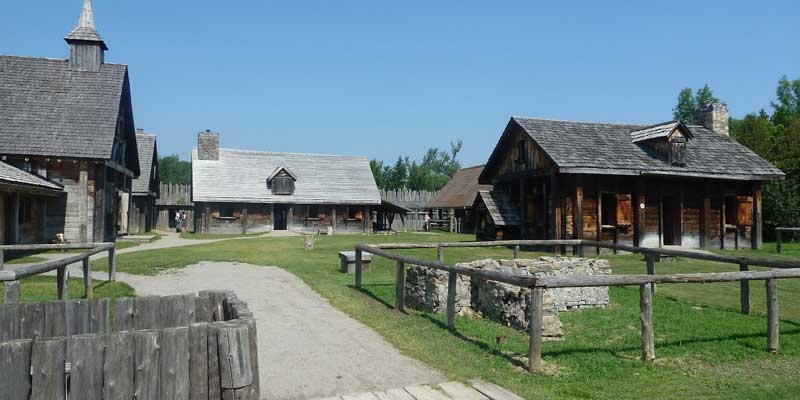 Sainte-Marie Among the Hurons

This historical recreation is located on the site of the original Jesuit settlement about 10 minutes outside of Midland on Highway 12. It is designed to reproduce the 17th century French Jesuit settlement that Jean de Brébeuf established. It serves as a monument and an educational site featuring many of the original artifacts and parts of structures excavated. They offer daily programming to teach visitors about 17th century life and the experiences of the Huron/Wendat people in the area. Some of the programs include Storytelling, 17th century cooking, and 17th century medicine. The story of Brébeuf can be continued with a pilgrimage to the Martyr’s Shrine just across the Highway.

The Huronia Museum is right near Little Lake in the South-West of Midland. Unlike the Sainte-Marie Among the Hurons site, the Huronia Museum has an outdoor component completely dedicated to replicating a pre-contact Huron/Wendat village. The replica features various structures including a full longhouse with a finished interior. The Museum also has exhibits dedicated to the history of Georgian Bay art, including works by members of the Group of Seven.

Enjoy the Town of Midland! 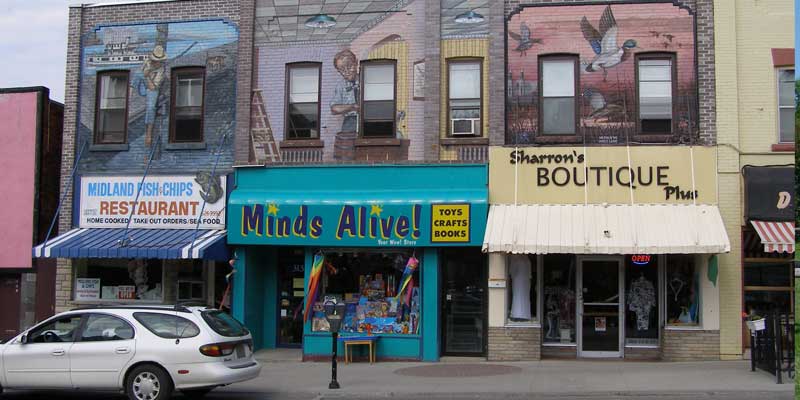 There are many points of interest for tourists in the Georgian Bay area, but living in Midland means experiencing them every day.

The King Street core of downtown Midland is the place to be for local shopping and dining.

While walking through the streets of downtown, it would be impossible not to notice the astounding, brightly painted murals that decorate the sides of buildings. There are 34 of these recently restored murals depicting various important moments in Midland’s history and glimpses into the past of retail in the core of the city.

Also downtown is the Midland Cultural Centre, a modern theatre which offers concerts from all musical genres and musicals like Mamma Mia!. Another popular destination in the Midland Harbour.

During the boating season, all kinds of vessels are docked here, adding to the scenic view of the waterfront from the comfort of dry land.

The harbour is also very close the Pete Petterson Park which has public swimming and boat launching.

In August, the Midland Harbour will also serve as a staging ground for the Tall Ships Challenge Ontario Tour - a recreation of the Battle of Georgian Bay and a great chance to see historic Canadian ships. 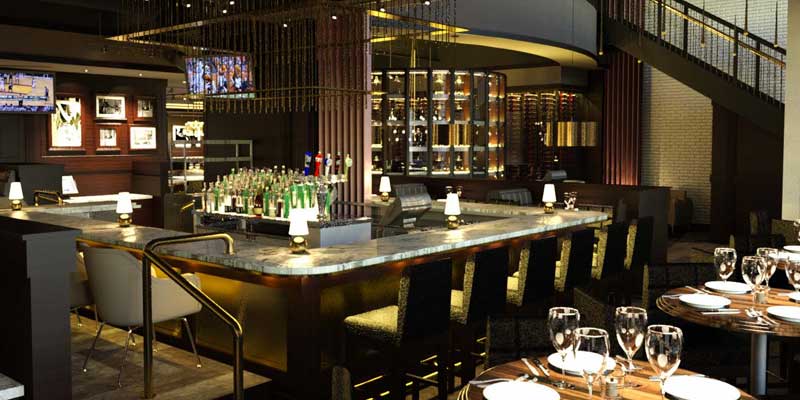 Dino’s Fresh Food Deli - Opening this list is a dine-in or take-out deli in downtown Midland called Dino’s. They are known in the area for their “Mile-High” Sandwiches, coming in a range of toppings including corned beef, ham, chicken, turkey, or salami. Each sandwich can also be added to a homemade soup or salad combo alongside a signature dill pickle on the side.

Mom’s Restaurant - Mom’s is a classic diner experience, enhanced by clean wooden touches to the interior. It has been an example of Midland hometown goodness and hospitality. They feature a menu for Breakfast, Lunch, and Dinner with tons of choices, including diner specialties: Eggs Benedict for Breakfast, and Calf’s Liver and Onions for dinner.

The Arch Steakhouse - A comfortable Surf N’ Turf Restaurant that has been a part of the scene at Little Lake for 30+ years. They are famous for their Pickerel Dinners and their rich selection of Steak and Filet Meals - some of them even come with a Lobster Tail or Gulf Shrimp.

The Boathouse Eatery - The environment offered by The Boathouse is only possible in a town like Midland. Their patio is situated on the docks to the Georgian Bay, providing a perfect view of the water just around sunset for dinner guests. Their casual dining offers lots of shareable appetizers and plenty of choice for main courses and desserts - including tasty coffee-cocktails. They also have live music out on the patio during the Summer.

The Explorers Cafe - A restaurant and bar dedicated to encourage diners to try new things. Their menu offers a curious collection of international flavours including Maple Chipotle Salmon, Singapore Noodles, Enchiladas, Duck Legs, and so much more. This Cafe’s flair for exploration also extends to their musical ambiance. Sometimes, they even have live music playing.

Midland, Ontario isn’t just cottage country, a stop-over by boat, or a vacation destination. With outdoor activities for all four seasons and awesome indoor entertainment, Midland is an excellent year-round location.