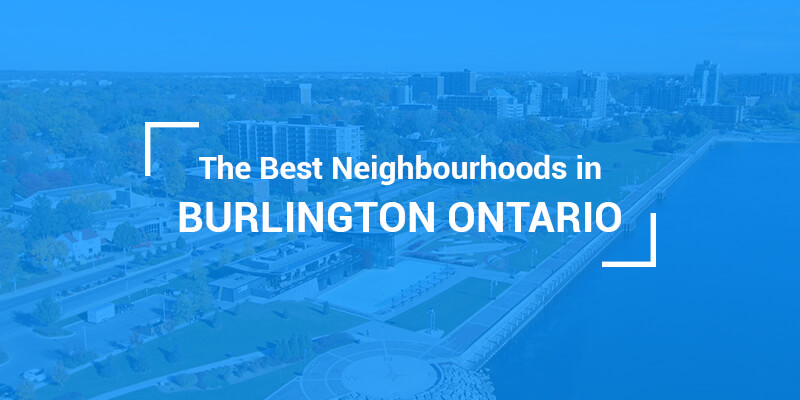 Burlington, Ontario is a city of 183,314 residents in the Regional Municipality of Halton. More importantly, Burlington’s location in the Greater Toronto and Hamilton Area makes it an appealing bedroom community for those looking to live outside of Toronto. Thanks to the Queen Elizabeth Way and GO Transit buses and trains, Burlington is better connected to Toronto than ever before. It’s a great city for families looking to move out of the city and for young professionals willing to make the commute into Toronto.

But what is Burlington’s best neighbourhood? It depends what you’re looking for. Trendy condos, waterfront views of Lake Ontario, family-friendly, or close to the highway - Burlington has it all! Instead of choosing one, this guide to Burlington’s neighbourhoods will highlight many of the city’s fantastic areas and the features that make them stand out from the rest. 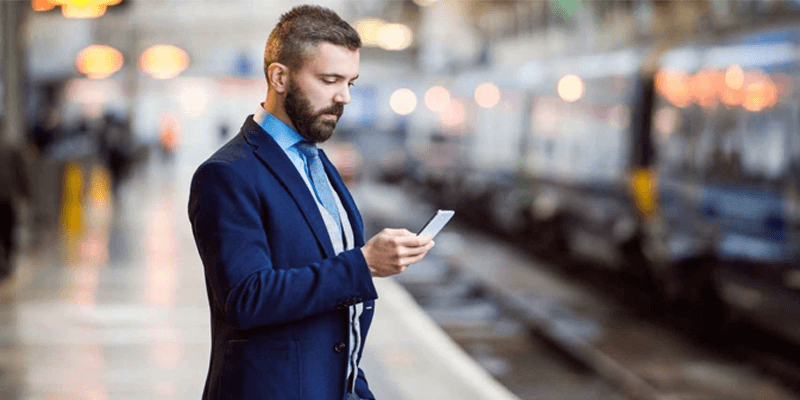 Two major highways pass through Burlington on the way to Toronto, the 407 and the Queen Elizabeth Way. This makes the city a really good choice for people who don’t mind the commute to Toronto. But just because you are committed to commuting doesn’t mean that you need to be resigned to spending hours on public transportation or on the highways during rush hour. So, the best neighbourhood for commuting from Burlington is one that is close to both the highways and the GO Station: Pinedale! 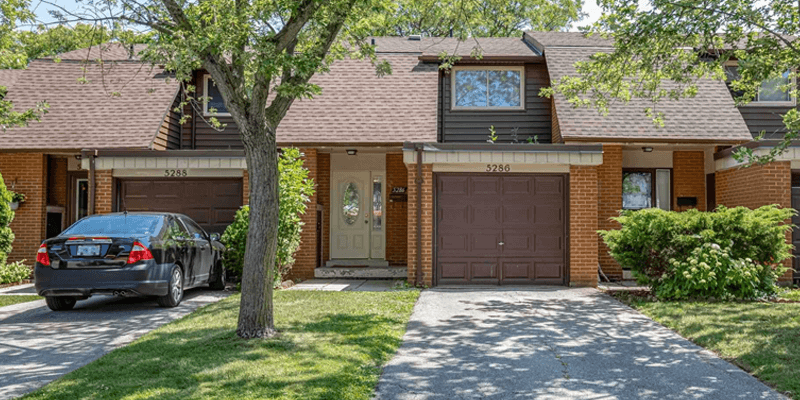 Pinedale is one of Burlington’s easternmost communities, located on the south side of the Queen Elizabeth Way. It is also right next to the border with Oakville - granting it all the convenience without having to pay Oakville prices. The average drive along the QEW takes about 40 minutes to reach the downtown core of Toronto - around 50 kilometres of total distance from Pinedale. In rush hour, the commute will take a little longer than that, so it is a good thing that there is another option. The Appleby GO Station provides train and bus services that are more accessible to east Burlington. In addition to being connected to several local Burlington Transit routes, the GO train also operates daily trains throughout the GTA. It takes less than an hour for a GO train departing the Appleby Station to reach Union Station. A major benefit of living in the Pinedale area is that some houses are close enough to walk to the GO Station, eliminating the hassle of park n’ ride entirely! 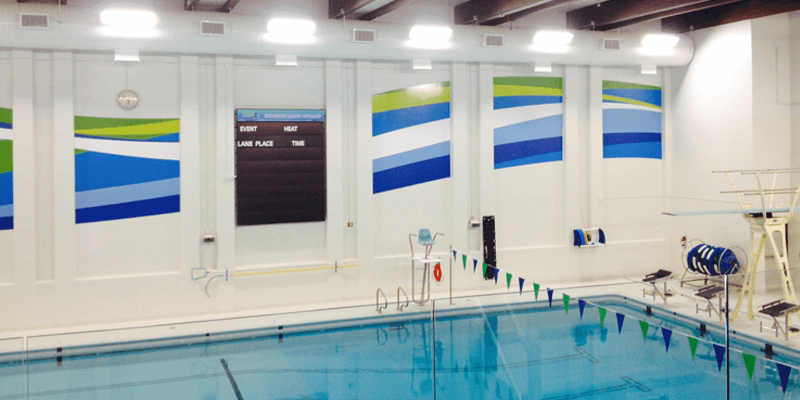 As a largely residential area, Pinedale also has a good selection of parks and community centres in the neighbourhood. Neighbourhood parks include Frontenac Park, Sheldon Park, and Sherwood Forest Park. The Burlington Centennial Pool hosts recreational swim time as well as drop-in community programs. All of your shopping needs can be conveniently met by the stores and restaurants all along Appleby Line, including the Appleby Mall complex to the south. 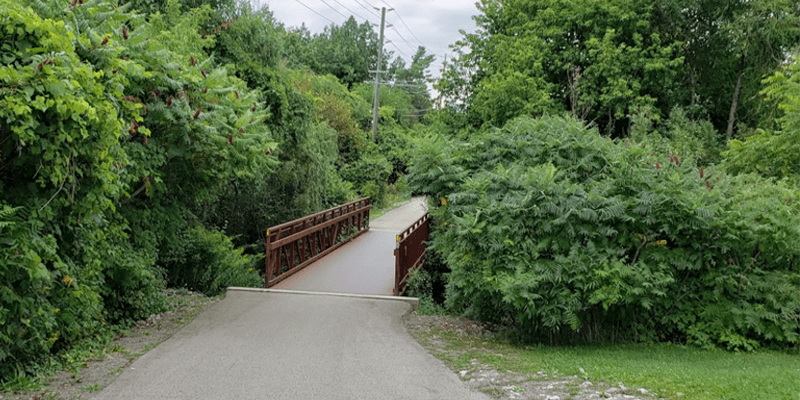 Pinedale is the ideal neighbourhood for someone looking to keep their commute as short as possible while still living in a great spot in an equally fantastic city.

View All Homes For Sale in Pinedale, Burlington 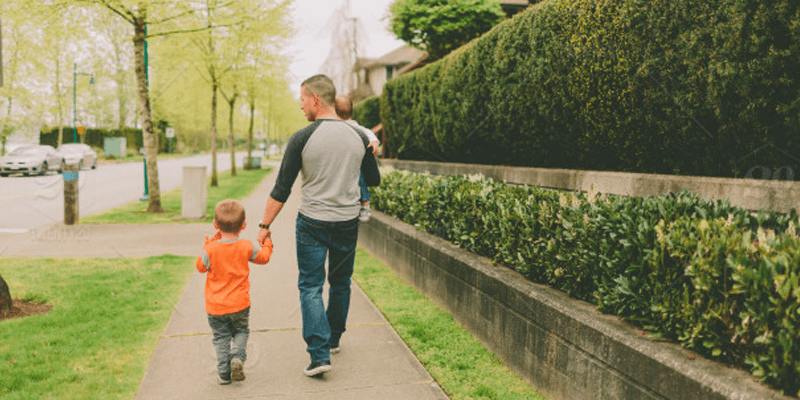 In 2019, Maclean’s Magazine named Burlington the “Best Community in Canada” and “Best place to raise a family”. Most of the city is incredibly family-friendly and there are so many neighbourhoods here that would be perfect for a new or expanding family. It is important to consider all sorts of factors when choosing the best neighbourhood for your family, local amenities, community centres, the homes available there, and local schools, too.

Alton Village is nestled south of the curve of the 407 Highway as it turns east toward Toronto. With the exception of the rural area beyond the highway, Alton Village is Burlington’s northernmost neighbourhood. Its location right next to the highway is a huge boon for commuters while being a little closer to the country is a blessing for outdoorsy residents. 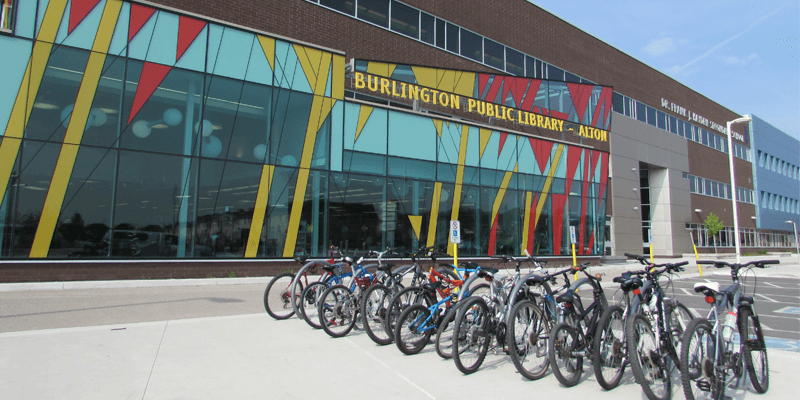 The Alton Village neighbourhood is also popular with families because of the great community attractions it provides. One standout area of Alton Village is the Norton Community Park, which has fields and a basketball court for sports, a play structure and splash park for younger children, a pretty sizable skateboard park, and an off-leash expanse for dogs to enjoy as well. The Haber Recreation Centre is right next to the park. The large indoor facility offers indoor gym space, community meeting rooms, and the Alton Branch of the Burlington Public Library. To top it off, weekly shopping is easy and convenient with two large clusters of stores and restaurants located around Walkers Line to the west and Appleby Line on the east side. 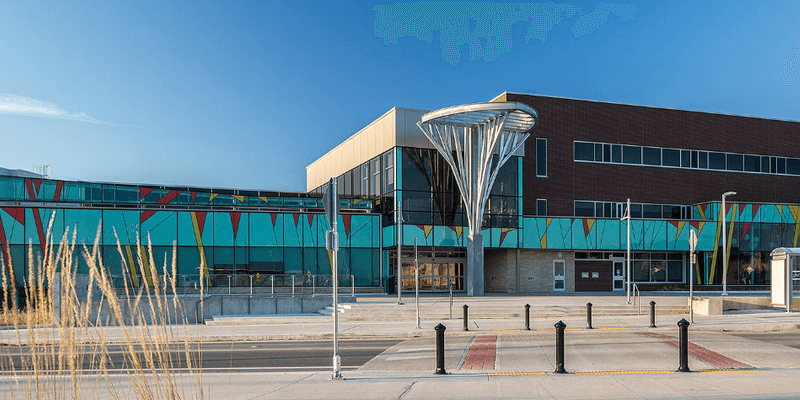 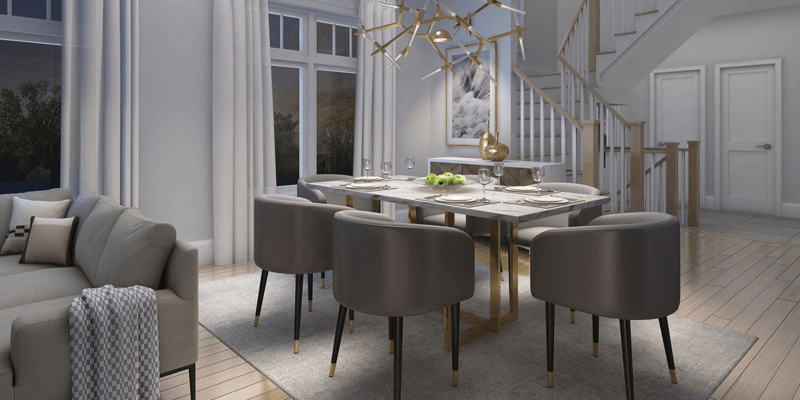 Another important factor for families is the school selection in a neighbourhood. Well, Alton Village doesn’t disappoint! It is home to St. Anne Catholic School, the highest ranking Catholic elementary school in Burlington. The local Catholic High School, Corpus Christi also consistently ranks above the provincial average in its published testing. In the public board, Alton Village Public School and Dr. Frank J. Hayden Secondary School are both excellent options with above average results as well.

It may be far from the downtown core of Burlington, but the community of Alton Village is the best of the city and the suburbs, making it a quiet, safe, and enriching space to raise a family.

View All Homes For Sale in Alton, Burlington 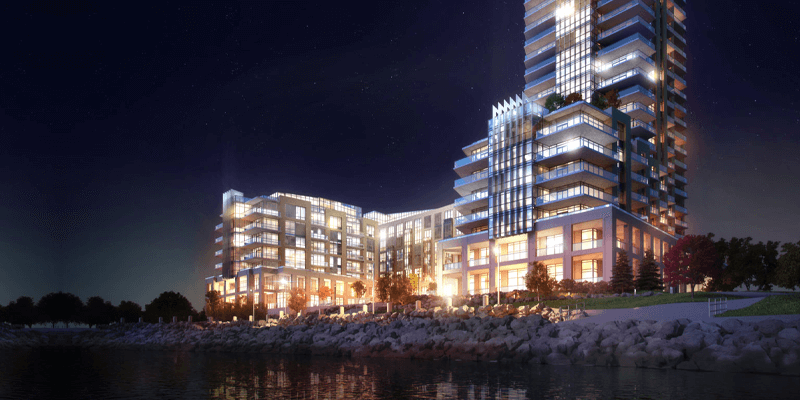 Shared with the State of New York, Lake Ontario is a natural gem of the Golden Horseshoe. Waterfront views are a popular feature of Toronto, Oakville, Burlington, and Hamilton and often have quite a cost associated with the sights. Lake Ontario is visible from downtown Burlington and all the way along Lakeshore Road. The neighbourhoods of Roseland, Shoreacres, and Elizabeth Gardens all have their southern side bordered with the Lake and have a collection of waterfront properties available. But where are the best views of Lake Ontario in Burlington? 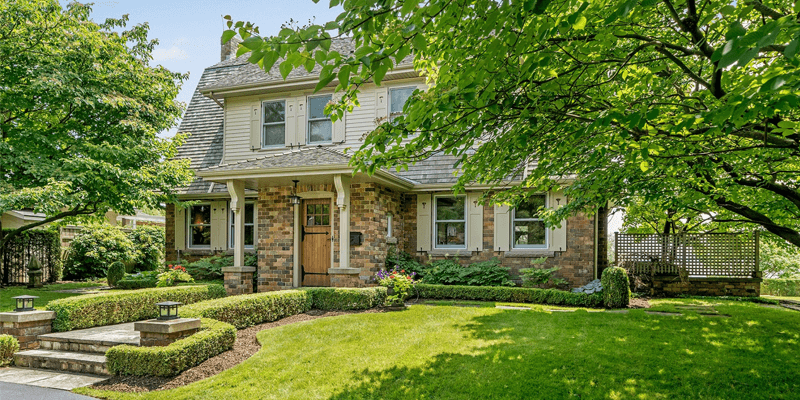 Far from a cottage country, most views of Lake Ontario in the downtown core will be from the rooftops and windows of high-rise buildings. In downtown Burlington, that stunning view comes with the added benefit of walkability, convenience, and cool-factor.

Even if you don’t live in a lake-facing condo or high-rise, Lake Ontario is still accessible to residents of downtown Burlington thanks to the well-maintained Waterfront area. The next best thing to looking out your window and seeing the lake is going for a lakeside bike ride mere minutes from your home. 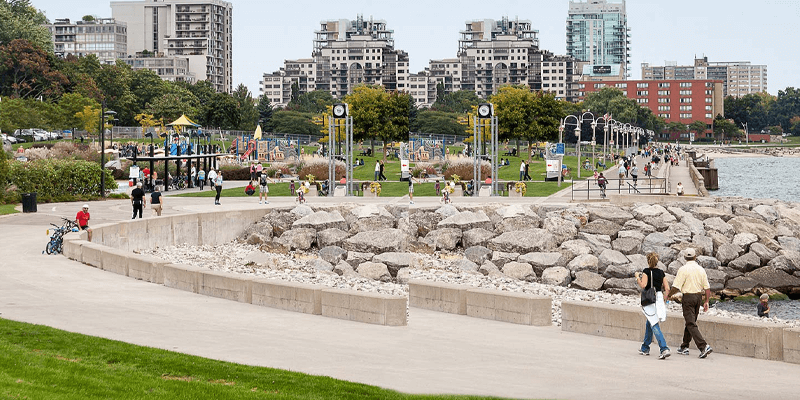 It’s no secret that the centre of a city is a convenient place to live. In fact, the downtown neighbourhood also has Burlington’s best walkability - as so many great features of the city are accessible without owning a vehicle. Not only are shops and restaurants at your doorstep, but the Burlington GO station is within walking distance from some downtown areas.

Living in downtown Burlington might mean you’re looking at a condo or apartment, but these can be some of the most affordable ways to live by and enjoy Burlington’s waterfront. The Spencer Smith Park overlooks Lake Ontario with a playground, splash park, and picnic space to enjoy in the warmer months. In the winter, Rotary Centennial Pond opens for skating! Other famous attractions of the waterfront include sunset views from the Brant Street Pier, visits to the Art Gallery of Burlington, and soaking up the sand and sun at Beachway Park. The Waterfront is also the site of many of Burlington’s most popular festivals including the Sound of Music Fest and Canada’s Biggest Ribfest. 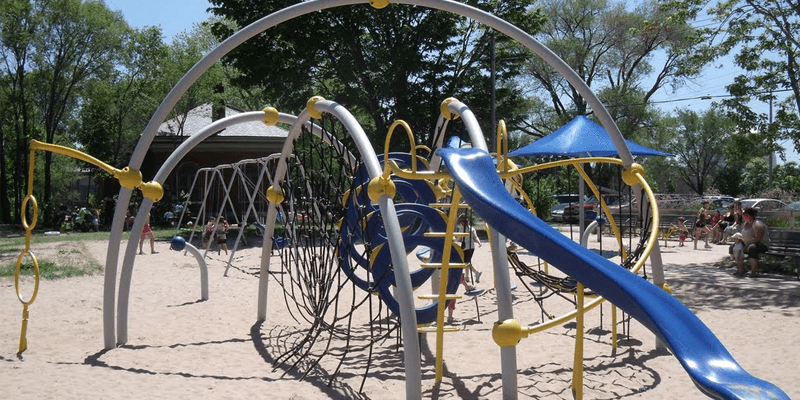 Not only does downtown Burlington have a great view of the water, it is also the best neighbourhood to enjoy the waterfront amenities that the city offers.

View All Homes For Sale in Downtown, Burlington 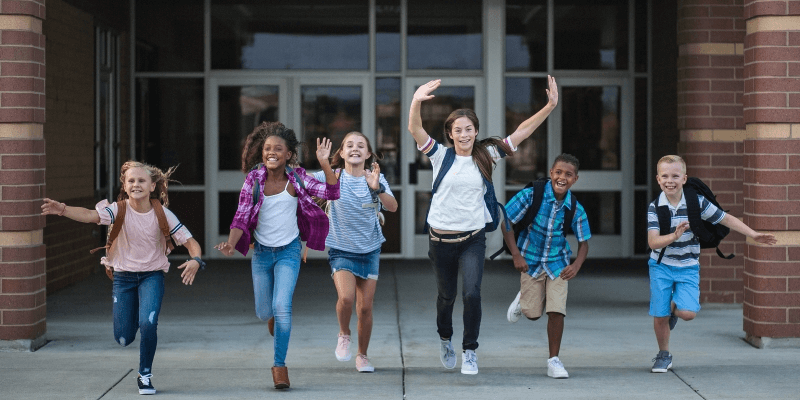 Four different school boards operate in Burlington in addition to a wide range of private academies. Between those four boards, there are over 40 elementary schools and 9 secondary schools. For many families, the choice of best neighbourhood hinges on finding the best schools in the area. Thankfully, the Fraser Institute keeps an active listing of the highest-ranked schools according to their scores on province-wide testing. 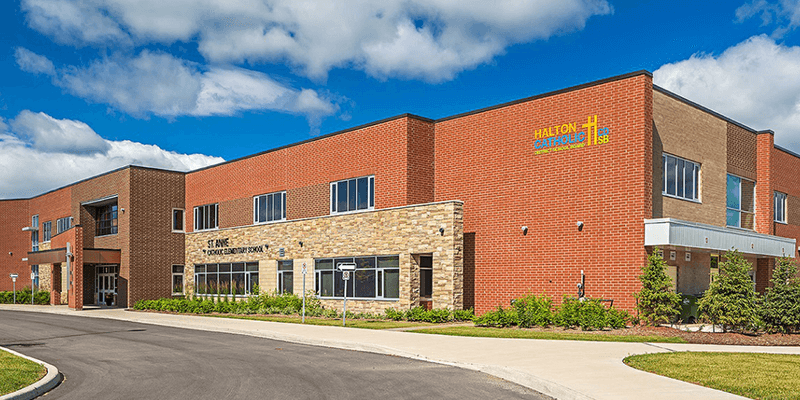 High scores pop up all around Burlington, but the majority of them are concentrated in the neighbourhoods of Roseland, Dynes, and Longmoor. All three neighbourhoods are in south-central Burlington between the QEW to the north and the shore of Lake Ontario to the south. 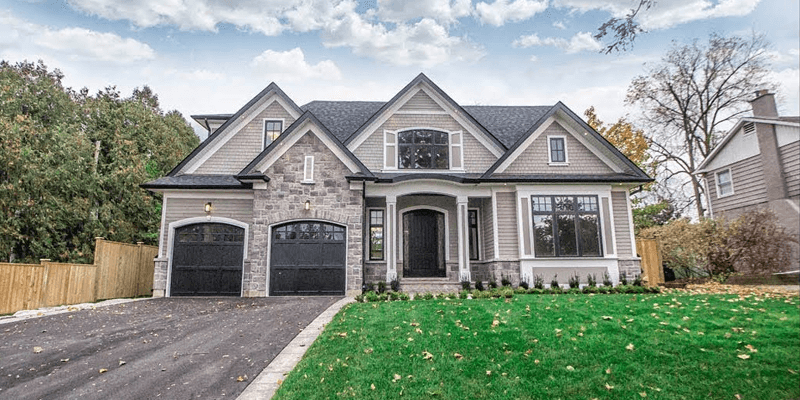 Roseland is right on Lake Ontario. This older neighbourhood is also very close to downtown Burlington, but offers an escape with its large lots and beautiful family homes. Residents can enjoy access to the Waterfront Trail, Roseland Park, and Tuck Park for outdoor recreation. Roseland is also the home of the top rated public elementary school in Burlington, John. T. Tuck. Boasting a strong score of 8.8 out of 10, the elementary school has consistently exceeded the provincial average for both grades 3 and 6 in the areas of Reading, Writing, and Math. The school takes students from junior kindergarten all the way to 8th grade and takes students living in Roseland. For grades 7 and 8, the boundaries expand slightly, covering students living in nearby Dynes and Longmoor as well. 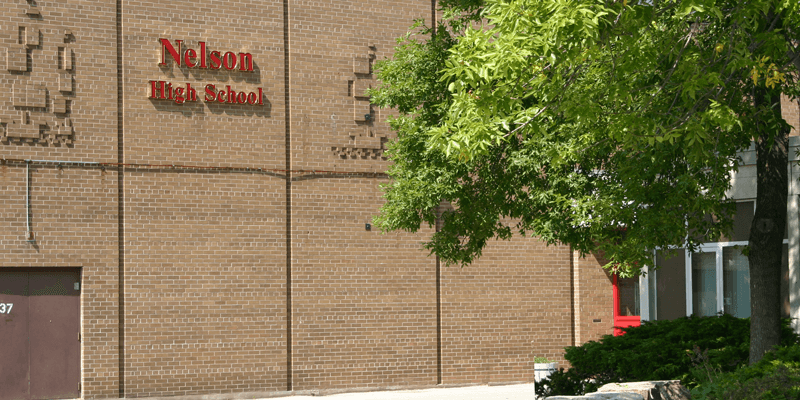 The top rated public secondary school, Nelson High School, also primarily serves Roseland, Dynes, Longmoor, and Shoreacres. Nelson holds the top spot with a rating of 7.7 out of 10. In 2019, the school began a series of construction projects to improve and renovate the building and its facilities. Listed among the changes in progress include upgraded technology learning spaces, a new cafeteria, classroom renovations, and a new library. Nelson’s French Immersion program has wider boundaries which include the rest of southern Burlington. 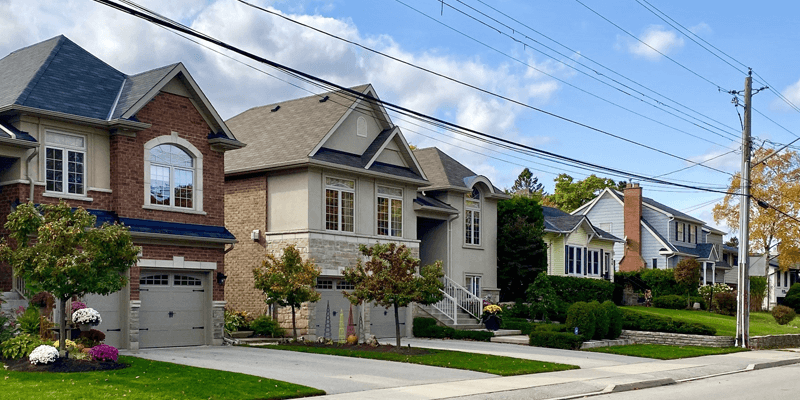 North of Roseland is the Dynes neighbourhood. Dynes is just as close to downtown Burlington, but has the added benefit of being closer to the Burlington GO Station and access to the QEW than Roseland. Another big benefit of Dynes is that it is more affordable than Roseland and a lot more appealing to first time home buyers. The properties here are smaller and older, but the neighbourhood’s great location makes it among the most convenient. Assumption Catholic Secondary School, the highest ranked high school (7.3 out of 10) in the Halton Catholic District School Board, is also located in Dynes. Though the school services all of southern Burlington, certain areas of Dynes are within walking distance from the school.

View All Homes For Sale in Dynes, Burlington 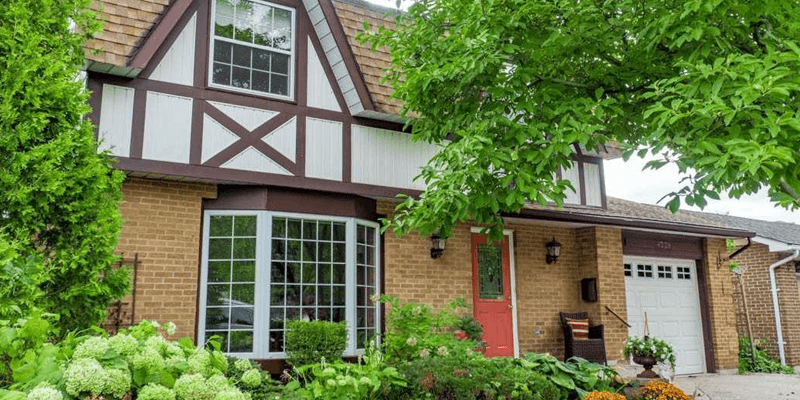 Longmoor is north of Roseland and Shoreacres and just east of Dynes. Like Dynes, lots are smaller here and houses are detached, but have less square footage. It is still a great neighbourhood for families with plenty of local green spaces and quiet streets. Longmoor is ideal for commuters as well, being a short drive away from access to the QEW and the Appleby GO Station. Nelson High School is in the southern half of Longmoor, making it a great neighbourhood for kids walking to school. 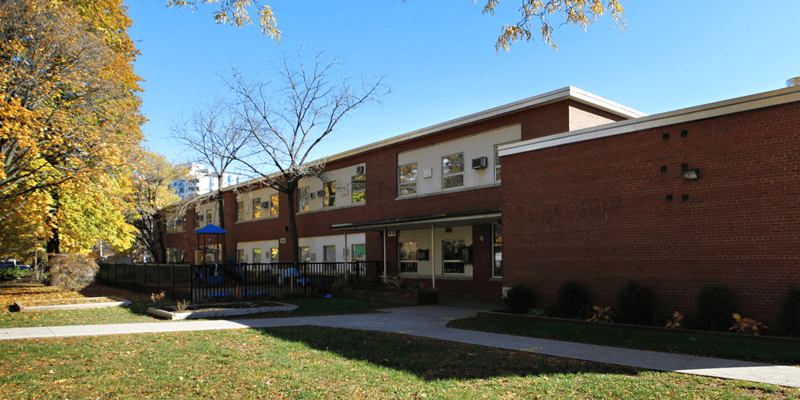 A special mention goes out to École élémentaire Renaissance, a french language school in the Conseil scolaire Viamonde. In provincial rankings, the school scored an average ranking of 8.1 out of 10, among the top in the city. The school is in southwest Burlington in the Maple area, but as one of the only two French Language schools in Burlington, it accepts students from all over the city.

The beautiful City of Burlington is one of the fastest growing and most popular communities of the Greater Toronto Area. Aside from its convenient location between Toronto and Hamilton, there is so much to look forward to about moving to and living in Burlington! If you found the neighbourhood for you and want to know more about Burlington, check out our guide to the city here.

View All Homes For Sale in Longmoor, Burlington

View All Homes For Sale in Burlington, Ontario