Homes for Sale in Aurora, Ontario

The search for your next home in Aurora is now easier than ever! Click on any listing to request more information, ask us about the sales history of nearby homes recently sold, schedule a tour, or even get advice from our expert Aurora real estate team. We'll make sure you find houses for sale in Aurora, Ontario that suit all your needs, so don't hesitate, contact us today!

Aurora, Ontario, is a small, quaint city of roughly 53,000 people just 50km from Toronto proper. It is part of the GTA but has enough distance and distinct character to be considered its own separate community.

Many people in Aurora commute to Toronto, which is about a 40-minute drive. There are also many employment opportunities in the city itself. It is close to Pickering, Brampton, and Whitby, which also have thriving industries.

Aurora became a town in 1888 after being incorporated as a village in 1863. Former Canadian Prime Minister Lester B. Pearson grew up in the city in the 1960s, and you’ll find plenty of history and culture dating back to early Canada in the area.

This year, the average home sold in the Aurora, Ontario real estate market was $1.5 million. This is up 12.3% from the same time last year.

Aurora is primarily known for its detached homes, which sold for an average of $1.9 million, up 12% since last year. Houses for sale in Aurora go quickly as the area is a popular spot near Toronto.

Aurora is known in part for its fantastic tourist shopping, with dozens of unique artisanal boutiques. For the same reason, there are many great restaurants, including one of Ontario’s finest boutique cheese locations.

Aurora is situated between two lakes: the great Lake Ontario and Lake Simcoe to the north. Both have exciting recreational activities, including trails, conservation areas, boating, and fishing.

Compared to Toronto proper, Aurora has a more affordable cost of living. It can be up to 50% cheaper than downtown Toronto.

One of the best overall impressions of Aurora is how well-designed of a town it is. The city has been built to highlight its rich history, most prominently in the Northeast Old Aurora Heritage Conservation District. Their Aurora Historical Society can also help you learn about other landmarks in the area.

The city has over 45 parks, 5 golf courses, and over 700 acres of open space. The overall sense of nature in the area is breathtaking. The Aurora Town Park is one of the best, while Fairy Lake Park extends from Newmarket through into the city of Aurora.

The York Region North has many great schools across the area. Here is a list of five of the highest-rated ones in the area, including one in Aurora proper. 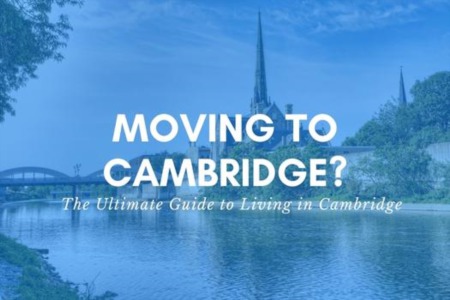 Moving to Cambridge? The Ultimate Guide to Living in Cambridge, Ontario